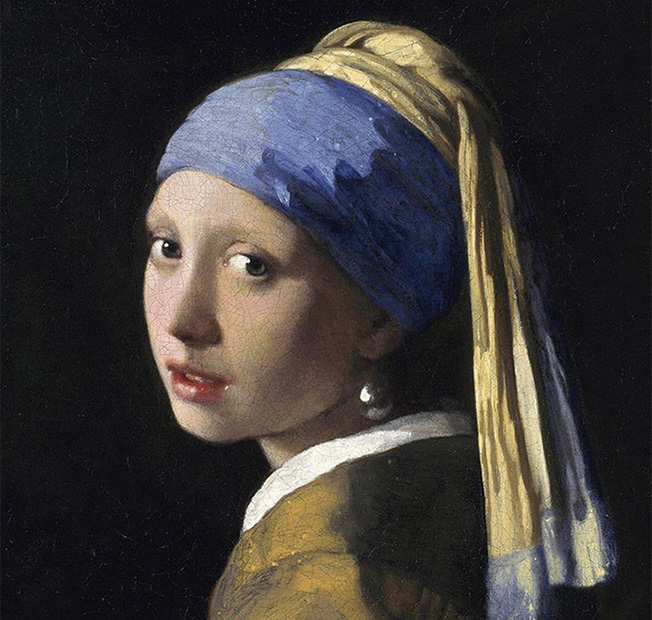 And so here we go with the inaugural post on Better With Art. This beautiful portrait is by Johannes Vermeer, painted around 1665. Rather than jump into some heady analysis (which I’m not really capable of anyway), I think I’ll introduce a BWA regular brief format with this post. So…

This is such a striking image. I really love it. The young woman’s gaze just grabs you and won’t let go. I love how Vermeer painted her eyes, with a tiny highlight that makes them hold that sheen of liquid, echoed in the highlight of the pearl earring.

Vermeer’s wife gave birth to 15 children (4 did not survive). One can imagine things were hectic in the Vermeer household, where Jan did his painting in an upstairs room. He did not produce a large number of paintings, creating perhaps 3 per year. He suffered several periods of financial troubles.

There is a movie about Vermeer and this painting called Girl with a Pearl Earring. Good movie, but I’m not sure how true to fact it is.

It has been suggested that Vermeer used a Camera Obscura for his paintings. Think of it as a large tracing contraption that projects and image onto a surface for viewing or tracing. This certainly seems plausible. The technology was well known then, and Vermeer’s painting do have a remarkably accurate perspective.

But, I figure, why not? Do artist’s use photographs now? Of course. If he used such a device, kudos to him, a man ahead of his time!

There’s a recent documentary, Tim’s Vermeer, about a fellow trying to replicate the process. Haven’t seen it, but it look interesting.

2 Responses to Welcome to Better With Art!